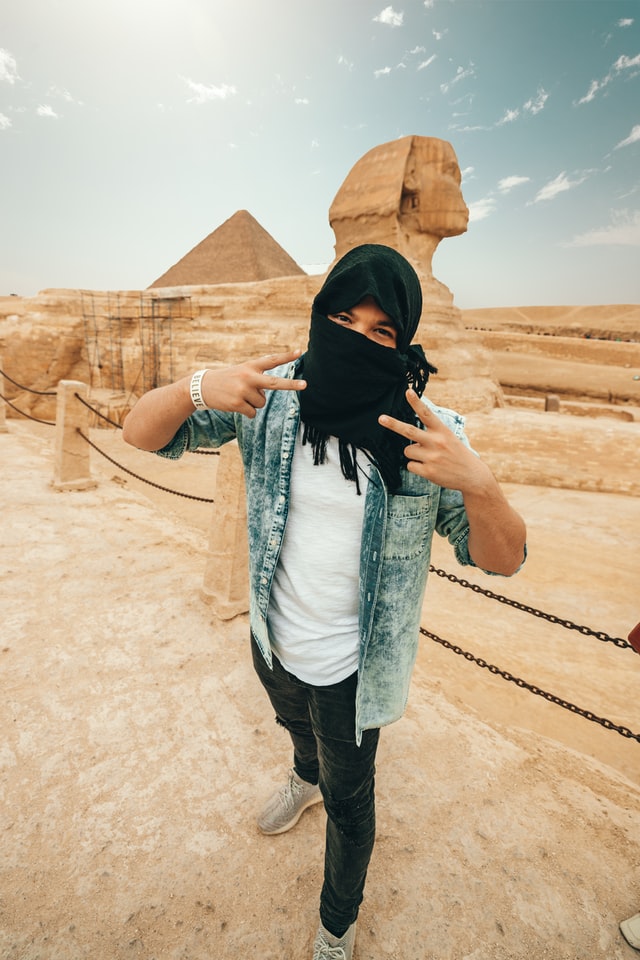 Climbing the pyramids of Giza is strictly forbidden! Viewing the interior of a pyramid is hugely expensive and only moderately interesting. Particularly during the extremely hot summer period, it is also necessary to note that the access routes are, in some cases, fearfully narrow and it is only possible to walk through them while bent forward. Due to the confined space, the great heat and the lack of oxygen, tourists who suffer from cardiovascular problems or claustrophobia are urgently advised not to go into the pyramids.

As of thc visitors severely damages the rock, usually only one the thrcc pynmids is open. A maximum of visitors is allowe r dav. 150 in the morning« and 130 in the afternoon.

pyramid of Cheop, the largest of the group and the biggest was built by (Jhcopq (or Khufu) and called Akhet Khufu (horizon of Khufu) by the ancient Egyptians. According to Herodo124M 25). 100,000 people worked on it for three months each for about 20 years. Today, the giant structure still measures 2.3 million cubic metres.s/80 million cubic ft (originally 2.5 million cubic meters) after deducting the volume of the rock core which surrounds the Pyramids of Giza and the rooms in the interior. The

(including the tip, originally 146.6m 4Slft); the angle of inclination is 510 50’40”. The polished %hitc slabs of limestone with which the was originally covered were pet 10 other uses in the Middle Age’. -the tip, which was probably golden, also no longer exists. The interior of the pyramid of Cheops is reached via a shaft from the north side, which was dug by grave robbers and lies about 15m/ 50K below the original access. A low passage leads first to the branch to the Queen’s Chamber, then enters the Great Gallery (8.50m/28ft high, 47m/154ft long, 1-2.25m/3-7ft wide). Its construction testifies to great architectural skill. Next, the King’s Chamber (5.75m/19ft high, 10.5m/35ft long, 5.25m/17ft wide) in which only the empty, open granite sarcophagus stands. 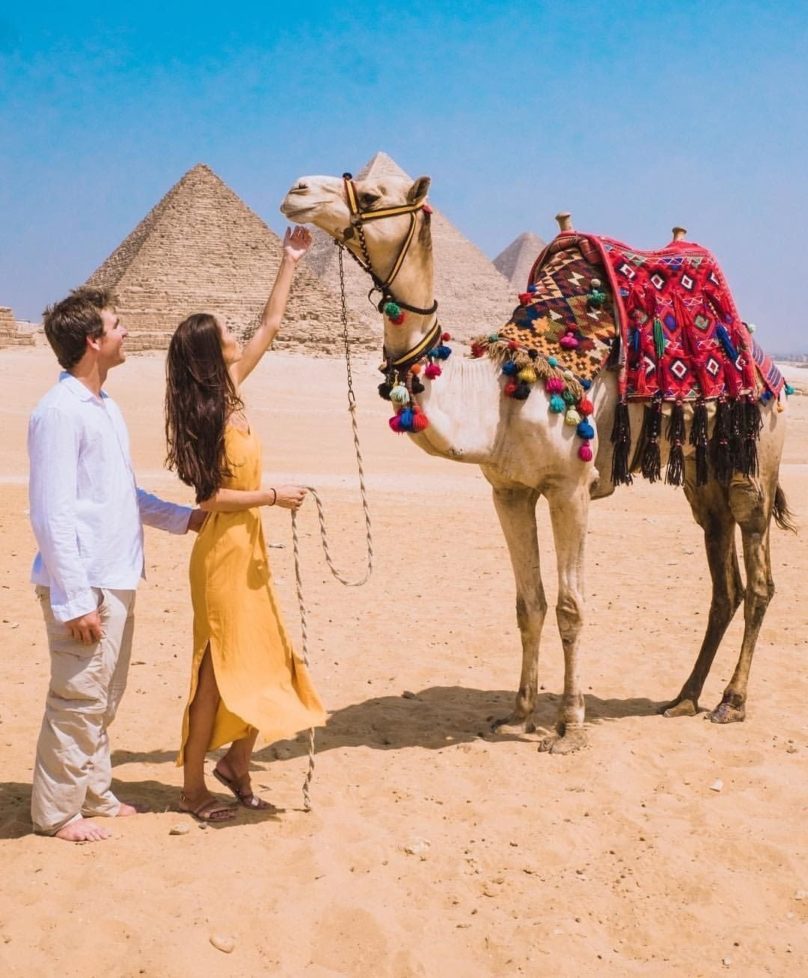 On the east side of the Pyramid of Cheops, during excavation work in 1954, a boat pit was discovered. It contained a 43m/141ft-long sun barque of cedar wood which had been taken apart into more than a thousand pieces; it was intended as a tomb gift.

It is now exhibited in a museum on the south side of the pyramid (opening times: daily 9 am—5 pm, winters only until 4 pm). Overall, six such boat pits were found around the Pyramid of Cheops; only one other also contains a boat, but it has not yet been excavated.

To the west of the pyramid lies the extensive royal cemetery, which was used during the 4th dynasty and until the 6th dynasty for members of the royal house and high state officials. The mastabas (bench graves) lie along straight roads, like those on the east side.

About 160m/175yd away, across from the south-west corner of the Pyramid of Cheops, rises the Pyramid of Chephren (Khafre), called Chephren IVev-Khafre (»Khafre is great<<) by the ancient Egyptians. What is particularly noticeable is that the former covering is still preserved on its tip. It stands on higher ground and therefore appears larger than the Pyramid of Cheops. Its vertical height is 136.5m/448ft (originally 143.5m/471ft), while the side length on the base measures 210.5m/691ft (originally 215.25m/706ft), and its angle of inclination is 520 2′. The volume of masonry amounts to 1.65 million cubic meters/58 million cubic feet (originally 1.86 million cubic meters). The interior is accessed by a subterranean route. Another corridor starts at a height of 15m/50ft. In the funerary temple on the east side, the individual rooms are still clearly visible.

Directly opposite, and probably the most famous ancient monument of Egypt after the Pyramid of Cheops, lies the Sphinx the rockhewn, mystic figure of a lion with the head of a pharaoh (probably Chephren) framed by a head cloth ornamented with the royal snake. Its original function is not known its Arabic name is Abu Al Hul — father of horror.

The statue (of Amenhotep 11?), which was once in front of its chest, as well as the additional head decorations are gone. Sand storms and intentional damage (which is how the nose was knocked off) have severely damaged the impressive monument over the millennia. Yet it still provides a wonderful impression of the artistic skill of that time. The total length of the lion figure is 73.5m/241ft, while it has a height of about 20m/66ft. A thorough restoration of the Great Sphinx has been under way for a long time. In this respect, the monument has been photographed from all possible angles, and its surface measured down to the smallest detail. Using these data, a computer reconstruction of the probable original shape of the Sphinx has been created.